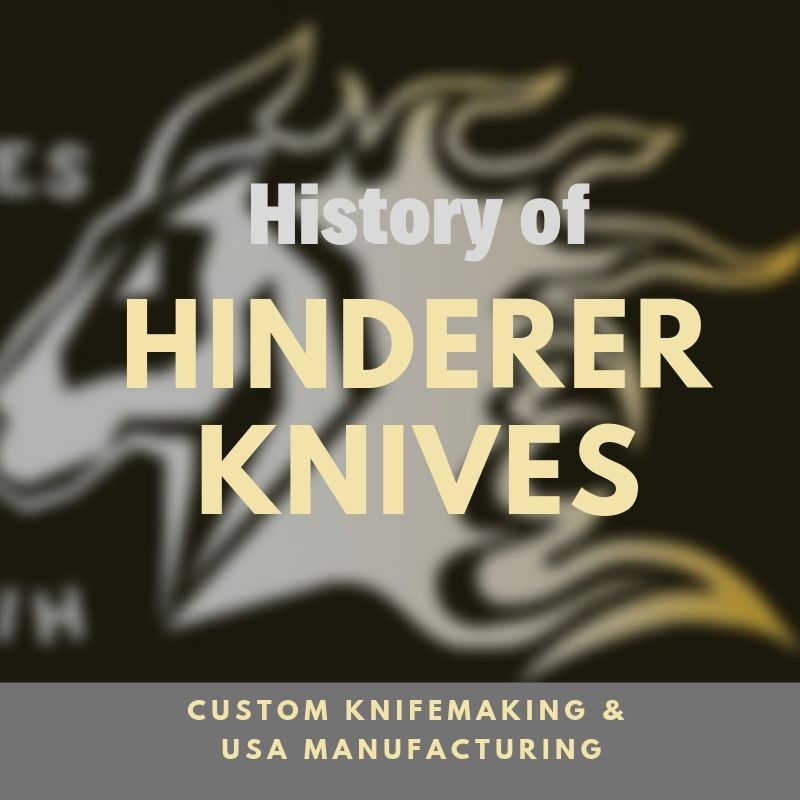 The Stuff of American Legends

Rick Hinderer is the kind of guy everyone learns about in High School, but nobody seems to think is possible anymore. He is the kind of man who started with just a dream and went on to build a legacy. 30 years ago, he started from humble beginnings, working to make showpiece quality knives from a shop he made from a refitted turkey coop to being the world renowned bladesmith and designer he is known for today.  Once his reputation for design and craftsmanship took off, Rick Hinderer needed to expand from that 14'x18' turkey coop into a more substantial facility.

The current base of operations for building some of the best tactical and first responder knives money can buy is a place called the Ranch, in Shreve, Ohio.  Every knife, tactical pen, or other implement bearing the Rick Hinderer name is made there, and Rick himself oversees the manufacturing process from beginning to end.  There is a good chance Rick Hinderer himself gave the final approval for the knife you carry in your pocket or display in a case in your collection.

Rick Hinderer first became interested in knife making while working as a ferrier.  It wasn't much of a leap to apply his knowledge at the forge to knifemaking.  Perhaps it was boredom with shoeing horses that inspired him to make his first blade.  Soon after, he shifted his trade from iron shoes to art pieces, and eventually to crafting tough and hard knives from Duratec 20CV and CPM-S35VN tool steel.

The Right Tool with the Right Experience

Rick Hinderer not only plied his trade with being a ferrier and a knife maker, but he has also worked for decades as a first responder.  He has been on the front lines when it comes to emergency extraction, fire and EMS training.  With the knowledge of how a situation unfolds in the field, he also understands the optimal design a tool should have when being used in the field.  Customization of blades to suit the needs for first responders has led Rick Hinderer to keep the end user in mind for all of his blades, pens, and other tactical gear.

In fact, the ability to make a Hinderer knife your own is paramount to what Hinderer knives are all about.  In field customization, modification, and repair are what keep Hinderer knives at the cutting edge of tactical and first responder blades.  The Tri-pivot system not only includes a compartment for storage of three different pivot/washers, but also a built in tool held in the handle which allows a user to break the knife down in the field, make the necessary adjustments and modifications, and return to the task at hand in a matter of minutes!

Years in the field taught Rick Hinderer that seconds can really count when it comes to saving lives, so why not make sure the best tool for the job is always within reach.  This is why every screw, fastening tool, scale, and blade is crafted at the Ranch to ensure the best quality control and uniformity in creating these masterpieces.

A blade worthy of the Hinderer name

A dedication to clean aesthetics combined with ergonomic design make every knife or pen as much a pleasure to hold as they are to look at.  In taking the time and care to create a knife suited to arduous tasks, especially when human life is one of the possible stakes, these blades are built with the consideration that you should be able to hold onto them for as long as you need to, in order to get the job done.  It is this kind of dedication that won the 2018 BLADE Magazine award for Most Innovative American Design for the Tri-pivot system introduced on the Fulltrack model folding knife.

The Tri-pivot system will eventually find its way to the rest of the Hinderer line, providing on-demand customization whenever it is needed.  It is a game changer for tactical and EDC knives, truly making a knife your own, as is Hinderer's goal.

The right tool for the job

From folding first responder knives and heavy duty work blades to fixed tactical knives, Rick Hinderer has applied his understanding of knifemaking to suit a variety of tasks.  With micarta handles, either in tactical black or emergency orange, a Hinderer knife will provide a sure grip in any kind of weather, climate, or terrain.

Unlike hammering out artisan blades on an anvil in front of a forge, at the Ranch, Hinderer knives undergo a different process. One which looks an awful lot like the future, combined with old-school quality control and a dedication to craftsmanship.

What Hinderer is known for

Rick Hinderer has collaborated with Zero Tolerance, Kershaw, and others to produce knives that reflect the core design features of Hinderer Knives.  You might recognize some with the Kershaw 1555 Cryo, Zero Tolerance 0393 Flipper, and ZT 0562 Slicer.

Some key elements to many Hinderer designs

There are an almost limitless combination of lengths, grinds, handle configurations, and other design substitutions you can apply to your Hinderer.  For example, here is a list of available grinds.

Rick Hinderer knives are not only aesthetically clean, but also comfortable to use and carry.  They feature insanely low degrees of tolerance in their manufacture and are guaranteed for life.  They are made in Shreve, OH and as an authorized dealer of curated knives such as Rick Hinderer Knives, Knifeart.com features fast, free shipping in the US and a satisfaction guarantee.  If you don't love your Rick Hinderer Knife, simply return it, and you will not be charged a restocking fee.