What is Timascus? Explaining the material. 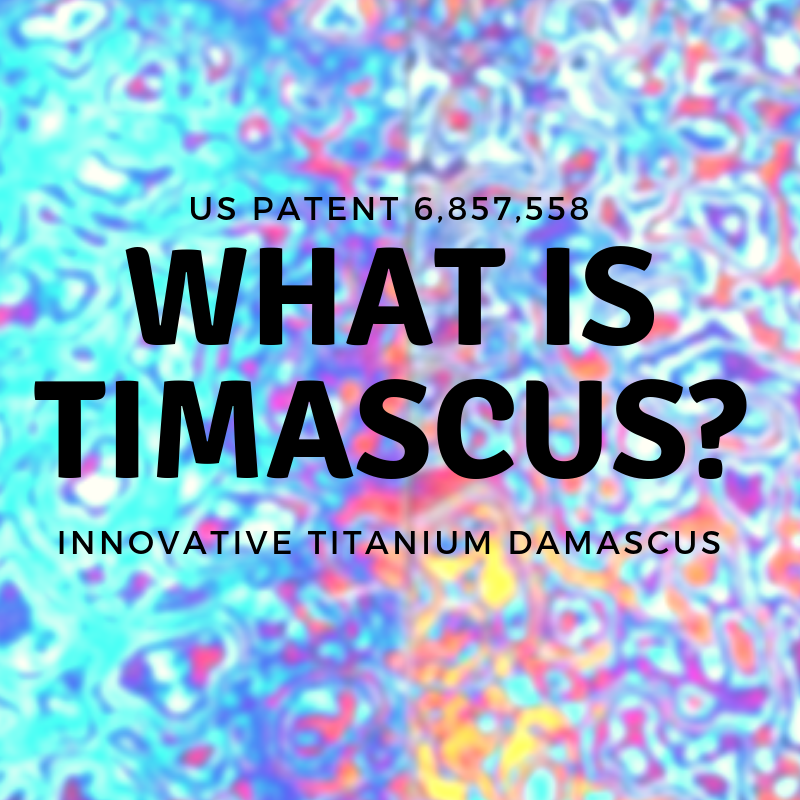 An innovative new material, Titanium Damascus or Timascus is the creation of a talented group of friends; Tom Ferry, Bill Cottrell, and Chuck Bybee.

Bybee had first come up with the idea of a titanium-based damascus and spoke with Tom Ferry, a Master Metalsmith, about his idea at various knife shows and venues, but the discussion always ended with Ferry doubting that such a laminate material could be produced.

Finally, Ferry's own curiosity led him to try. He suffered several failures -- including a mishap that sent liquid titanium spraying all over his shop, setting it ablaze -- and weeks of research before approaching fellow-smith Bill Cottrell for his thoughts. They developed a process that was successful immediately and were quick to put a patent on it - US Patent 6,857,558 - issued on February 22, 2005. Subsequent experiments have led to a refining of the process and the development of other patterns.

Consisting of two or more titanium alloys (currently CP and 6AL4V), Timascus is corrosion resistant, non-magnetic, and lightweight. It has the beautiful, upscale look of steel damascus without any of the disadvantages of steel that can disappoint some knife makers and collectors.

The timascus is made by placing these two different alloys of titanium into a metal box, filling the enclosure with inert gas and applying both heat and pressure to have the two alloys to forge laminated together.

When coloring, the current formulation seems to show more contrast using heat rather than anodizing. All current safe coloring techniques can be applied to Timascus. Future alloy combinations will have different color profiles. (It is only meant for knife furniture as titanium does not form carbides and doesn't harden enough for a sound blade.)

Working Timascus is essentially the same as any other titanium alloy except when milling. The blended types of titanium have different hardnesses sandwiched throughout the barstock. The varying hard and soft areas can cause wear on the cutting edges of tools. Use round-cornered cutters as they hold up better under machining.

Timascus is a beautiful fusion of old world decorative techniques and modern metal-smithing. 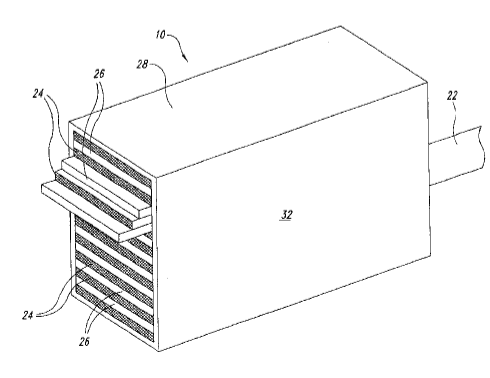