Winkler Knives: Last of the Mohicans to Navy Seal Team 6

When it comes to a great quality blade, you know exactly what you're looking for. As a dedicated artist in the field of bladesmithing, Daniel Winkler is as dedicated to quality blades as you are, and has decades of experience to back it up. His blades are made of quality materials expertly crafted into a knife that isn't just functional, but simply beautiful. 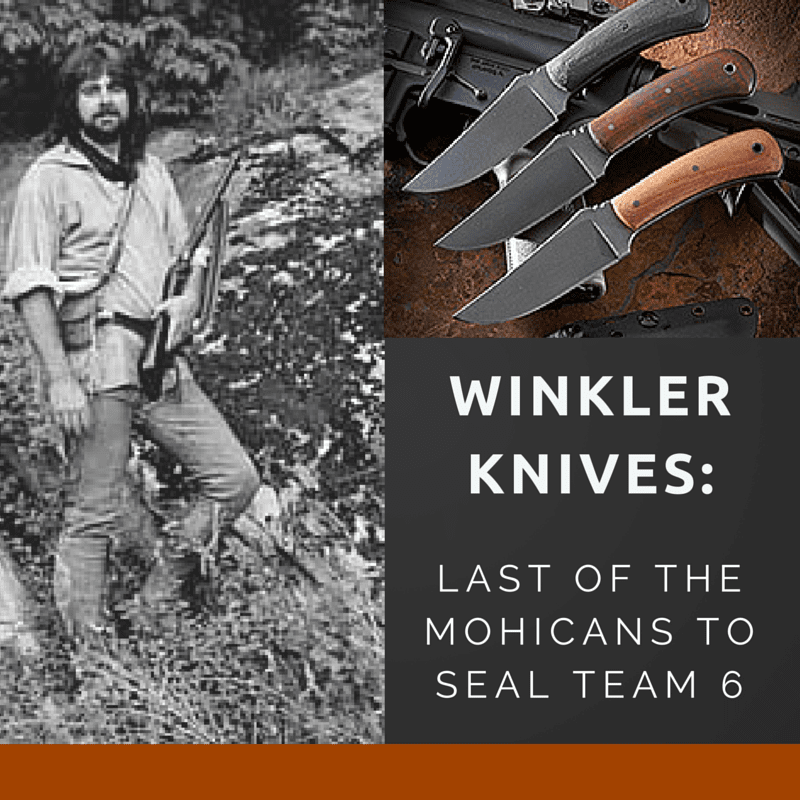 Daniel Winkler achieved the rating as a Master Bladesmith in the American Bladesmith Society (ABS). Becoming a 'master smith', as it is commonly called, is a laborious and peer reviewed formal process of forging functional knives from both carbon steel and eventually perfecting the art of forging damascus steel knives. Not only do the knives have to reach a level of functionality that is tested with extreme bending, chopping and cutting real-world tests; the knives must past rigorous levels of quality fit and finish. Winkler achieved his master bladesmith rating in 1992 from the ABS. Early in his art-form, he has leaned towards making knives and tomahawks that are influenced by Native American and primitive pioneer styles. Most of these knives were elevated by the skilled leather sheath work of Karen Shook - Daniel's wife and business partner.

The blades aren't the only thing given time and care in the process; the handles are also carefully crafted to provide a great balance, secure grip, and the versatility you'd expect from a quality tactical knife. They rely on time tested forms as well as innovation unique to Winkler to provide a comfortable and safe grip, letting you focus on getting the job done rather than having to readjust your hold.

Last of the Mohicans

Being a thing of beauty, not even Hollywood could keep away from Winklers expertly crafted blades. For the 1992 film, Last of the Mohicans, Winkler collaborated with Director Michael Mann to create a blade used for the role of Hawkeye, as well as one other knife used in shooting and a tactical axe. All three blades are seen clearly in the film, and replicas are available for purchase.

Donations to the military -

After the horrific incidents on September, 11th, Winkler saw to it that hundreds of his knives made their way into the hands of Seal Teams free of charge. Because of that act of support for their mission and sacrifice, the teams have, on a large scale, ditched the standard issue blades the military gives them, opting instead for Winkler Knives.

His knives are designed with military Special Forces teams from around the globe to provide quality they can rely on through the use of carbon steel. By using carbon steel, Winkler knives offer a lighter blade and be less prone to bending and breaking. The sheaths on Winkler Knives are specially designed to allow for versatile mounting and carry options. Each sheath is custom molded to each knife for security and designed to be extremely quiet when the knife is removed for use.

Hitting close to home, Seal Teams that have been given the opportunity to test out Winkler's knives have put them into use, including a rather well known team thrust into the spotlight recently known as Seal Team Six. The team brought the knives with them and put them to use during the operation to infiltrate Osama bin Laden's base in May of 2011, demonstrating their rugged ability and the trust of the troops. Because of its basis on the real event, Winkler's knives were also used in the film Zero Dark Thirty.